IMMEDIATE RELEASE 15 November 2019 – 928 units of Private New Homes (Excluding ECs) were transacted for the month of October. An 84.9% year-on-year (y-o-y) surge in the number of units sold, as compared to 502 units transacted in the previous year. 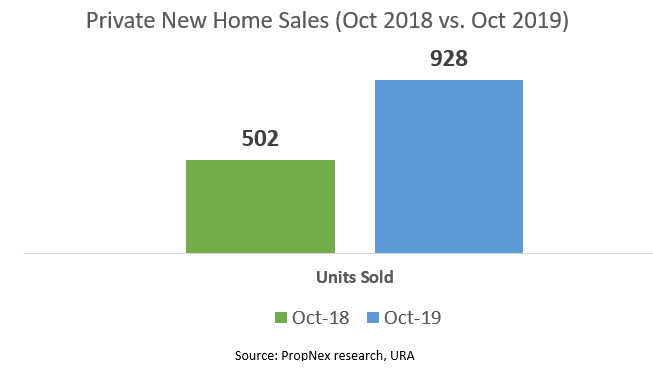 Chief Executive Officer of PropNex Realty, Mr Ismail Gafoor mentioned that, “With the absence of major new launches for the month of October, existing projects that were previously launched remained dominant. As the appeal of rightly priced projects have consistently been an attractive feature for buyers and investors. As we can observe that the top-selling project was Parc Esta, although it was launched in November 2018. Notwithstanding, Treasure at Tampines which has been part of the top 5 best-selling projects since its launch in March of this year.”

The top 5 best-selling new launches for the month of October were Parc Esta, Treasure At Tampines, Neu At Novena, Parc Botannia And Midtown Bay. With Parc Esta, being the top selling development, with a total of 92 units sold at a median price of $1,686 psf. Trailing closely was Treasure At Tampines, which sold a total of 88 units at a median price of $1,373 psf.

Mr.Ismail further remarked that, “As the year is approaching an end, for the first 10 months of this year, a total of 8,397 units were sold as compared to 7,461 units transacted in the corresponding time period in 2018. This was a 12.5% surge in units sold. With fewer launches expected in the last 2 months, as a result of school holidays and festive period. We are expecting the year to end on a high note with 9,500 to 9,800 units, exceeding 2018’s sales figures of 8,795 units sold (excluding ECs).”

Become a part of us

#StayHome and Check out property matters via video chat. Just message the agent to schedule a call. 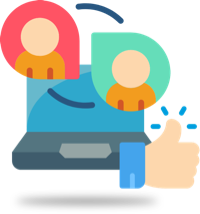 Thank you for your video chat enquiry. You'll hear from us soon by phone or email.